What makes French butter so addictive?

There is no good pastry, without good butter ! If you’ve ever had a French croissant or even a bit of bread with a healthy pat of French butter, you know that there’s something better about it that is unique.  Some people even consider French butter to be the best in the world.

How is it different from other countries ? Where can you buy it ?

First, good butter begins with the cows – of course ! Essentially, the cows’ diet dictates the quality of the milk produced. Have you noticed herds of cows grazing in the fields when traveling French countryside ?The most famous regions for butter in France are Normandy and Brittany, where it rains a lot and the cows have plenty of green grass to eat. Milk, in the spring and summer when the cows are grazing on fresh herbs and flowers, will produce butter with a tender texture and deep color rich in red and yellow carotene, in the fall and winter when the cows eat mostly silage, the butter will be paler, but will have a higher fat content and a firmer texture.   Therefore, the color of all French butter is entirely natural.

But that is not all, French butter also has a higher fat content.

The main difference between french butter and butter from the rest of the world is that french butter has a higher percentage of fat than other butters. Other butters average 80 percent fat like in the USA, while french standards hover around 85 and 87 percent, with the legal french minimum being 82 percent. It’s not a huge difference : 5 to 7 percent – but it’s enough to give french butter a deeper, richer flavor than its foreign counterpart.

In addition to being higher in fat, French butter is also cultured, a process whereby live active cultures are added to the cream before the butter is churned. ( Churning, a process that agitates the cream and separates the fat from the liquids or buttermilk is ideally done slowly using wooden blades.)

In this way, butter takes on its own flavor – a slight tang – that makes it all the more moreish.

With purchases of an average of 8.00 kg per person in 2016, the French consume more butter per capita than any other country in the world.  That is double the average consumption in Europe and three times that of the USA. That French dairies produce and consume some of the best butters in the world is not surprising coming from a land with over four-hundred cheeses. With so many recipes and pastries that include butter, you may wonder why the French have less heart disease and cholesterol than most other nations.  The two glasses of red wine that the average French people drink every day has been proven to aid in the prevention of heart disease. In addition, lots of walking also help. So, apparently, the French can survive a surfeit of butter.

Butter with an AOP or AOC is a protected butter from a specific region. Like wines such as Champagne or Saint-Emilion or cheeses like Roquefort or Camembert de Normandie, butters bearing this symbol are made from producers who have pledged to follow strict rules and use only milk produced in one of three regions, depending on the AOP on which they depend: Isigny, Bresse, or Charentes-Poitou.

Most butter in France is doux or unsalted, but you can also find beurre demi-sel or half-salted butter,  which contains more than 3 percent salt. My personal preference : pick the one with sea salt from Guérande for a real treat!

There are two names to remember: Yves Bordier and Beurre d’Echiré. Bordier butter is our personal favorite and made by a man that has devoted his life to making butter, so he knows his stuff. Bordier butter hails from Brittany and is rich, creamy and bright yellow, but you can also find some really interesting riffs on the buttery theme, such as piment d’espelette, yuzu and Madagascar vanilla.

Beurre d’Echire is produced in the West of France and is 84% butterfat.

You can find great butter anywhere in France, in the supermarkets . But the best, is sold at the market or at your fromager – your cheesemonger. He will have fresh, speciality butter and may even have some varieties infused with  flavors like vanilla or pepper !

Where to buy beurre d’Echire in the US: Fairway Markets Dean & DeLuca, or organic grocery.

As fresh butter cannot be imported, BRETEL butter ( preserved / canned ) can be shipped from France. 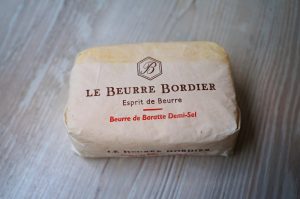 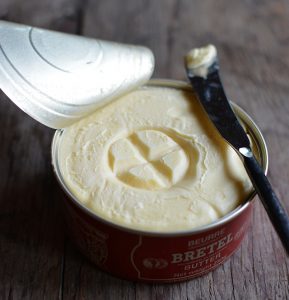 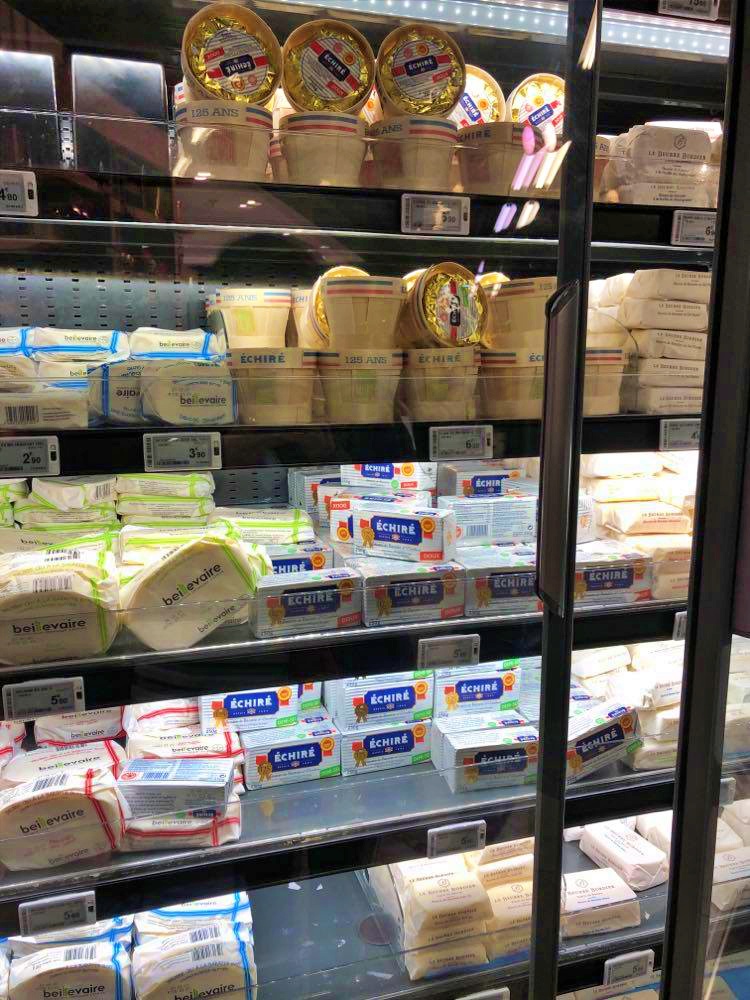 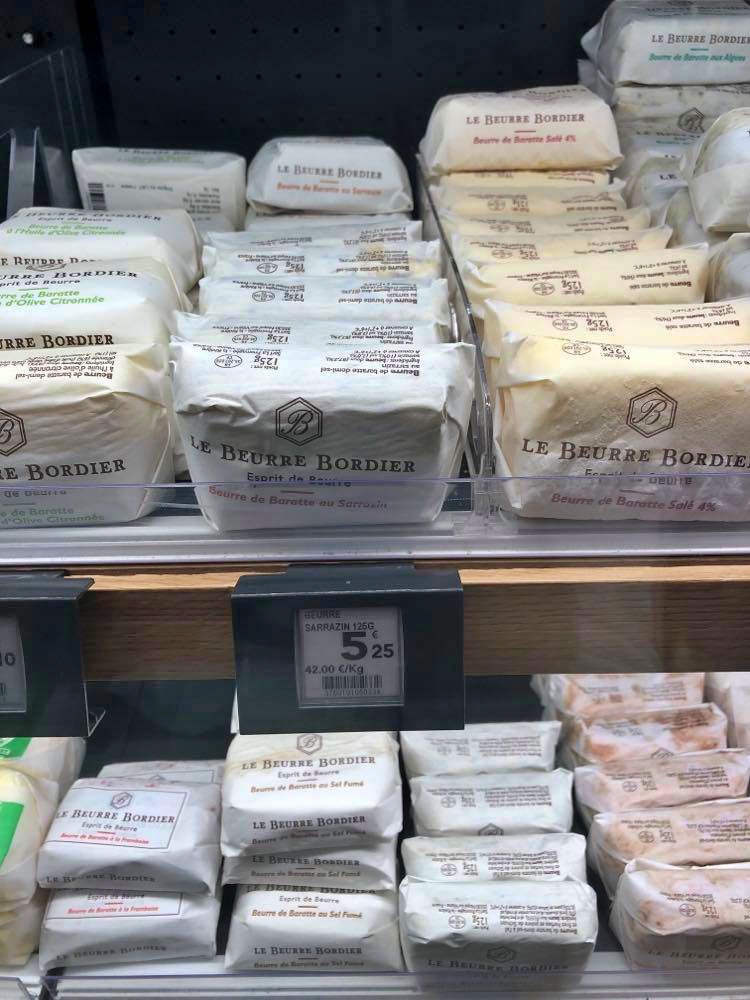 Previous postHow to Wear a French Beret like Parisians