Paris, the French capital of fashion and city of light, is fundamentally characterized by an architectural style called the Haussmannian style. What are the characteristics of this style ?

A bit of history …

In the middle of the 19th century, the center of Paris had the same structure as it did in the Middle Ages. Paris was dirty, crowded and filled with disease !

The population has doubled since 1815, the traffic issues and hygiene in the old over-populated districts favorise the cholera epidemic.

Louis-Napoléon Bonaparte III, Napoléon Bonaparte’s nephew, was the 1st elected president in 1848. He decided to modernise Paris after seeing how the Industrial Revolution transformed London with public parks and a complete sewage system. He lived in exile there for 12 years. To pursue his ambitious project for a hearthier Paris, he appointed Baron Haussmann as the Prefect of Paris in 1853. 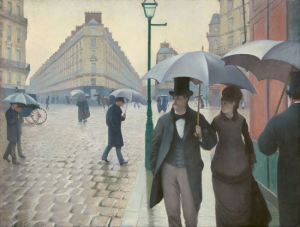 The first task was to create a sort of city under Paris that would process water waste and bring potable water into the city. Haussmann expanded the area of Paris in order to accomodate the growing population. Therefore, he divided the capital into 20 different neighborhoods that still exist now (also called arrondissement). In 1854, hundreds of old buildings were torn down and thousands of new buildings were erected ( representing today almost 60% of the buildings of the Capital). In addition, Haussmann redesigned 80 km of new avenues connecting the central points of the city, and parks were created. Along those avenues, buildings were required to be the same height and in the similar style, and to be faced with cream-colored stone, creating the signature look of Paris boulevards. Finally, Paris’ transformation improved the quality of life in the capital, it had exemplary effects on other major cities such as Bucharest, Buenos Aires….

The Haussmannian style is very easily recognizable by key elements that characterize it. 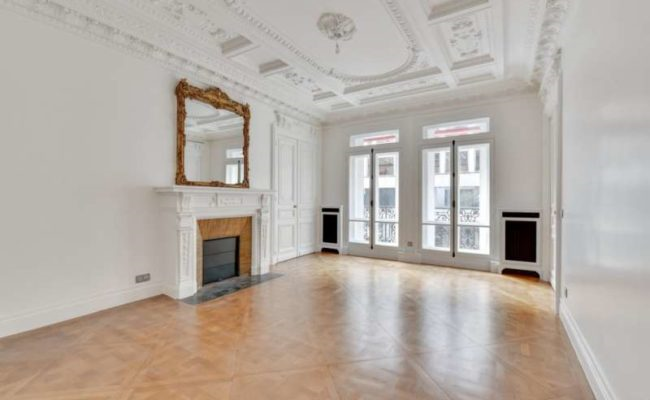 Haussmannian buildings are constructed of massive cut stone blocks and, above a ground floor and basement, typically have:

Each block had to form a unified whole and features such as balconies often continue in alignment the length of a block.

Finally, the interior of a Haussmannian building reflects the stylish elegance of the exterior. The apartments are spacious (200 to 300 m²), light and airy with high ceilings and several reception rooms. Their typical design incorporates ornate moldings, herringbone parquet floors, marble fireplaces, double doors and floor-length windows. This is the classic image of a Parisian apartment. 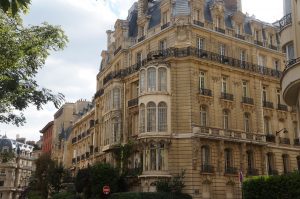 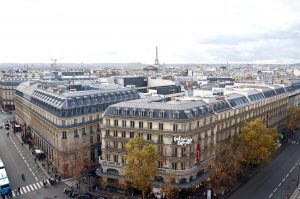 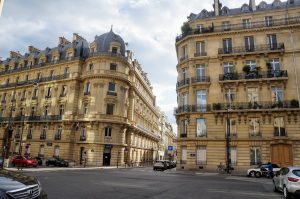 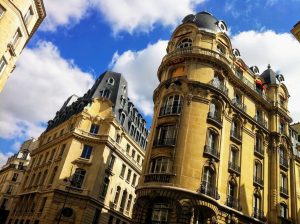